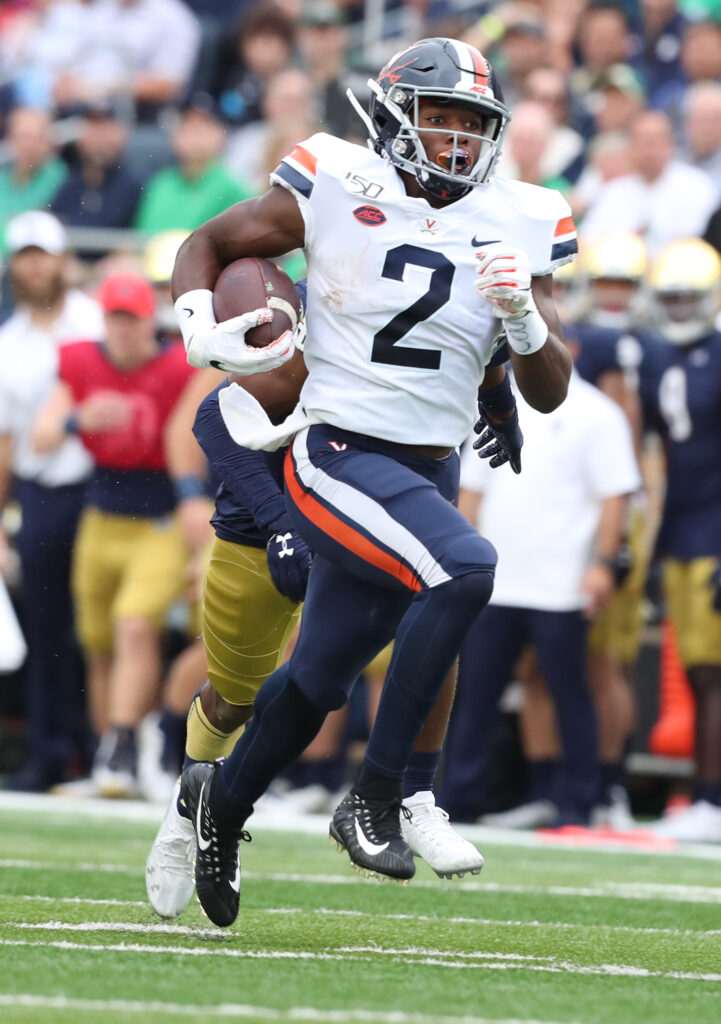 Fourth-year wide receiver and kick returner Joe Reed capped off his UVA career by being named the recipient of the 2019 Jet Award, which is presented to the nation’s top return specialist. The award was one of many accolades and honors he earned with his stellar performance this fall.

Reed was also a finalist for the Paul Hornung Award (nation’s top all-purpose player), and was tabbed as a first-team All-American by the Football Writers Association of America, the Walter Camp Football Foundation, Athlon Sports and Bleacher Report. He was a second-team pick by Sporting News, CBS Sports, SI.com and USA Today. In addition, he earned first-team All-ACC honors as an all-purpose player and kick return specialist, and also was named the Touchdown Club of Richmond’s Specialist of the Year.

Among ACC players, Reed ranks second in conference history in kick return yards and is third in kickoff return average (28.7). He ranks fifth all time at UVA with 4,679 all-purpose yards.