“I just can’t say enough about our coaches and our student-athletes. We’ve had over 1,100 tests, and had four student-athletes to test positive, which is remarkable in that those positives were in the very beginning. And so over the last three rounds of tests, we haven’t had any positives and so the student-athletes have shown that they are committed to the safety protocols. Our coaches have shown that they are committed to the safety protocols, and I know as a conference, that’s been a huge emphasis for all of us, and I think we’ve done a great job with it on our individual campuses.”
— Virginia athletics director Carla Williams on the ACC Network’s Packer and Durham show Aug. 14
“I’m super excited to get to work with my teammates and coaches, and excited to attack this redshirt year. During this process, the opportunity to join the UVA program under the guidance of Coach [Tony] Bennett and his staff was something I found difficult to resist. Coach Bennett exhibited the same confidence and belief in me as I do myself. I see myself growing as a player and person at the University of Virginia. This is truly a blessing that I am extremely grateful and excited to embark [on]. Wahoo Nation Let’s GOOO!”
— Trey Murphy III on joining Virginia as a transfer from Rice; the 6-7, 180-pound guard — who will be able to practice with the team but not play in games during the 2020-21 season — led the Owls in scoring (13.7), field goals (131), dunks (21) and blocks (16), and ranked second in three-pointers (75), steals (27) and free throw percentage (82.4) last year
“With Huff back in the fold, Virginia should again have a top-three defense nationally. I’m much more interested in their offense, though, as there is some real potential to pair Huff with incoming transfer [forward] Sam Hauser while incorporating some very interesting five-out sets that put defenders in an extraordinarily tough position. Guards Kihei Clark and Casey Morsell should have all of the room in the world to operate. Given the floor spacing they should have access to from their frontcourt players, there will be no excuses for Virginia to have the worst offense in the ACC again in 2021. As long as those guards take a step forward, Virginia will be a top-10 team and will have a real chance to make a Final Four run.”
— Sam Vecenie of The Athletic on the UVA men’s basketball team’s prospects for 2020-21 with the return of redshirt fourth-year center Jay Huff

This Month In UVA History 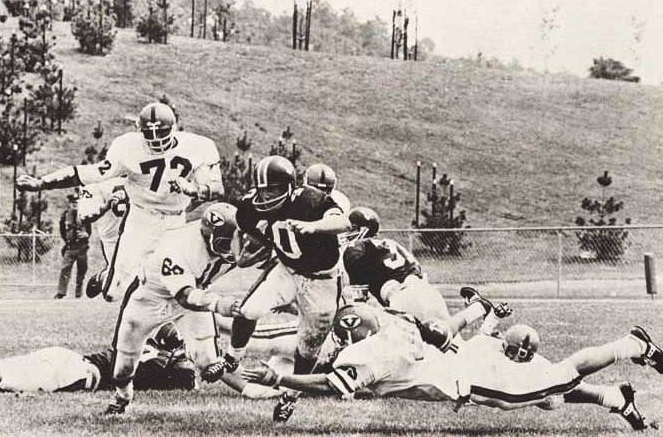 The Cavaliers defeated the Hokies 7-0 at Lane Stadium in Blacksburg, Va., the last time the rivals opened a season against each other, which was in 1970.  (Photo courtesy UVA)

Sept. 12, 1970 — Virginia defeated Virginia Tech 7-0 at Lane Stadium in Blacksburg, Va. That contest marked the last time the two rivals opened the season against each other.

Sept. 19, 1987 — The Cavaliers edged the Hokies 14-13 in Charlottesville, in the last matchup between the two rivals that took place in September prior to this season. UVA secured the victory when Cavalier defenders Elton Tolliver and Jeff Lageman stuffed Virginia Tech’s two-point conversion attempt with 1:24 remaining in the game. 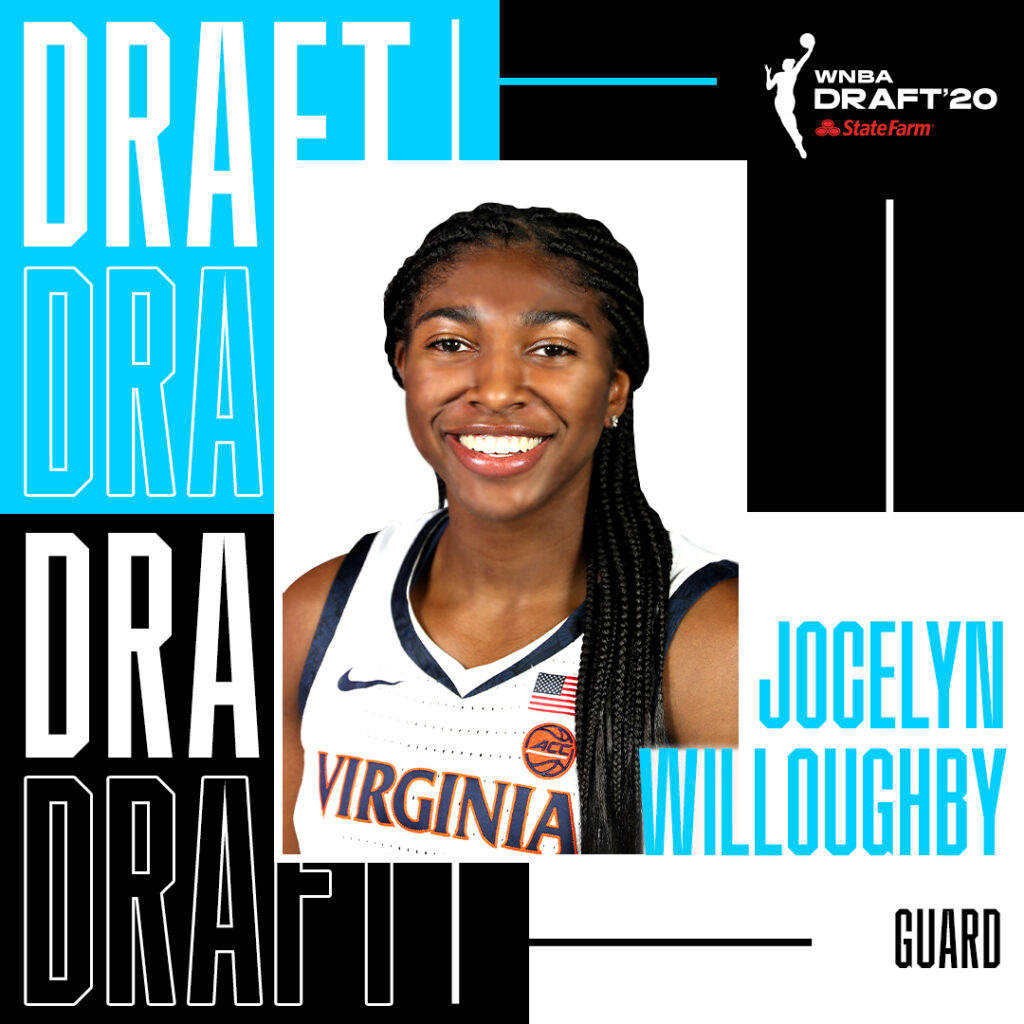 Jocelyn Willoughby was the 11th player in Virginia history to be selected in the WNBA Draft, and the fifth to be taken in the first round. The East Orange, N.J., native went No. 10 overall to the Phoenix Mercury, and was subsequently traded to the New York Liberty. Willoughby was the first Virginia player to be selected in the event since Monica Wright went No. 2 overall in 2010.