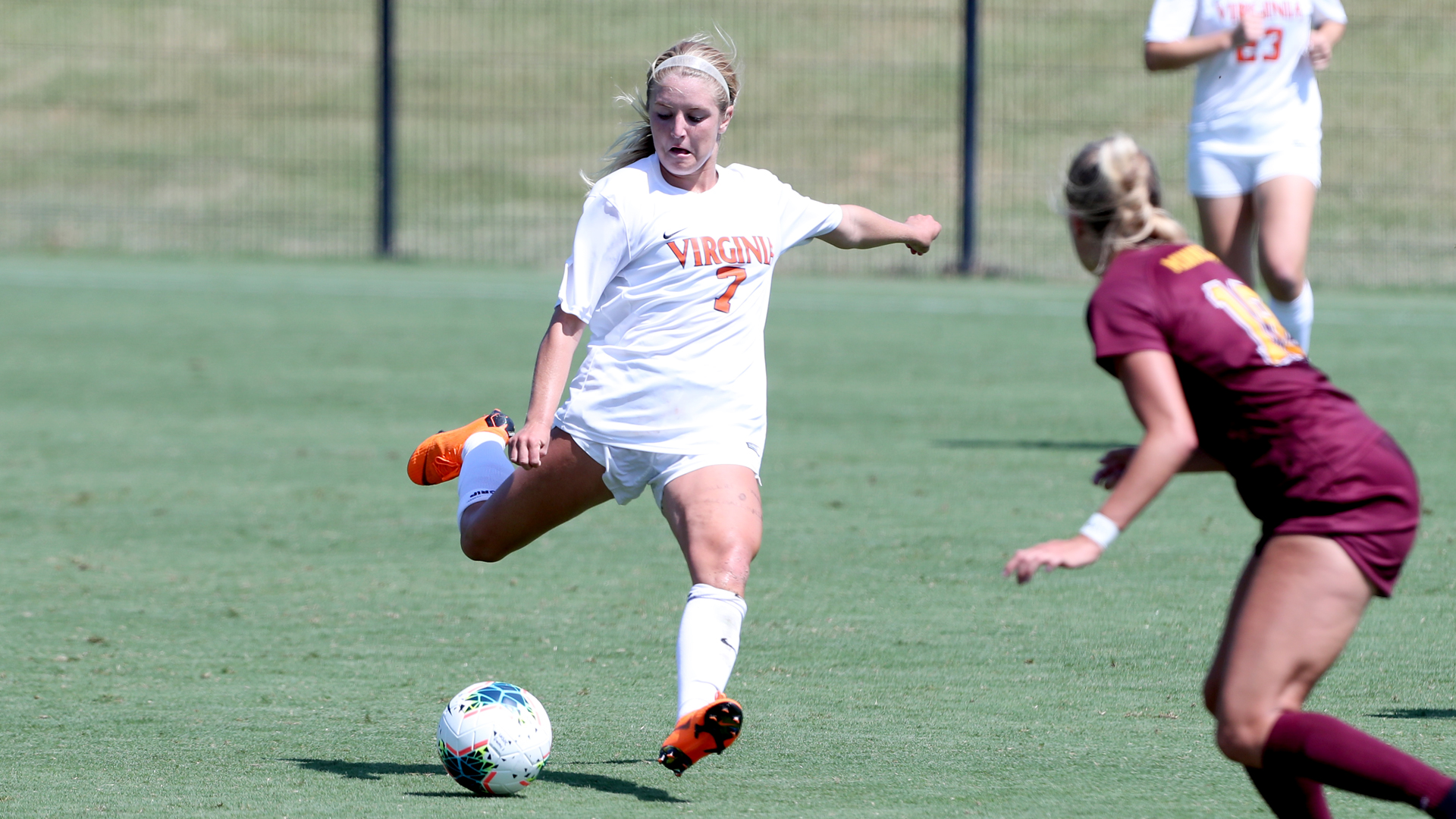 Spaanstra was a second-team All-ACC pick last year after posting 18 points with a team-high 12 assists. (Photo by Matt Riley/Courtesy UVA)

Third-year midfielder/forward Alexa Spaanstra was a second-team All-ACC pick in 2019, after posting 18 points with a team-high 12 assists. Her efforts last year helped the Cavaliers record a 17-2-3 mark and earn a No. 1 seed in the NCAA Tournament.

Cavalier Corner: You were a big part of the offense the last two seasons, but in different ways. Last year you led the team and the ACC in assists and assisted on several game-winning goals. What worked for you last season and allowed you to be so successful in the role of an attacking midfielder?

Spaanstra: “This season was a lot different having to adjust from an attacking position to midfield, where I don’t have as much experience. In preseason, I felt I struggled to find a groove, and at times felt I was overcomplicating my position.

“After working more in practice with my coaches, I started to simplify my game and learned to trust more in my teammates rather than trying to create offense by myself. It really helped being able to play behind Diana Ordoñez, Meghan McCool and Rebecca Jarrett. They’re all very talented and made my job easier.”

Cavalier Corner: As a first-year, you played more of a forward position and tied for the team lead in goals (nine) and assists (six). What was it like having that success as a rookie and what was the experience like for you transitioning from a forward position in your first season to the midfield as a second-year?

Spaanstra: “My freshman season I was lucky to have been given lots of trust from my coaches and teammates, and that allowed me to play with a lot of confidence. My mindset on transitioning from attack to midfield was to contribute in any way the team needed and utilizing my speed to create chances for my teammates.

“At times I was frustrated because we were man-marked a lot, but that allowed me to develop other areas of my game to elevate me to a higher level.”

Cavalier Corner: You had experience with USA Soccer coming into your career as a Cavalier, and you have had opportunities to play with the U20 team internationally twice in your UVA career. How has that experience helped with your UVA career and vice versa?

Spaanstra: “My experience with USA Soccer has been extremely beneficial for my transition to college, especially my time with the U20 team. The attacking and defending styles we used while playing for the US program are very similar to what we use at UVA.

“It’s nice to be able to take the lessons I’ve learned from my coaches within the US programs and carry them into what we’re building here at UVA. It helps me mentally, as well, to be able to assess how I’m able to absorb new information and tactics to carry over to my game in college.”

Cavalier Corner: What was it like representing your country at the 2018 U20 FIFA Women’s World Cup in France and sharing that experience with several of your UVA teammates, and also playing in the 2020 Concacaf qualifying tournaments?

Spaanstra: “Being able to represent my country at the U20 FIFA Women’s World Cup and U20 Concacaf qualifying tournaments was a very prideful experience that I will never forget. Having that opportunity to play with a lot of very talented soccer players helped my game. I was able to watch how they play and learn from them.

“I was lucky to share that experience with several of my UVA teammates, and that made the experience even better. We played some very important games against some of the best players in the world at our age group and the challenge of doing so brought us close together. Being able to travel the world with them was awesome.”

Cavalier Corner: What are your goals for the upcoming season as you enter your third year with the program?

Spaanstra: “With so much uncertainty around this season it has been difficult to plan goals for our group. We know we have a lot of talent and are hoping for any opportunity to battle as a group. For our schedule as it stands right now, I look for our group to win the ACC championship.

“In terms of personal goals, I want to carry my momentum from last season and continue to contribute in any way my team needs. To me, contributing is being dynamic in the final third [of the field] by creating scoring opportunities while also being responsible defensively and keeping the ball moving up field.”

← Getting To Know VAF News & Notables →