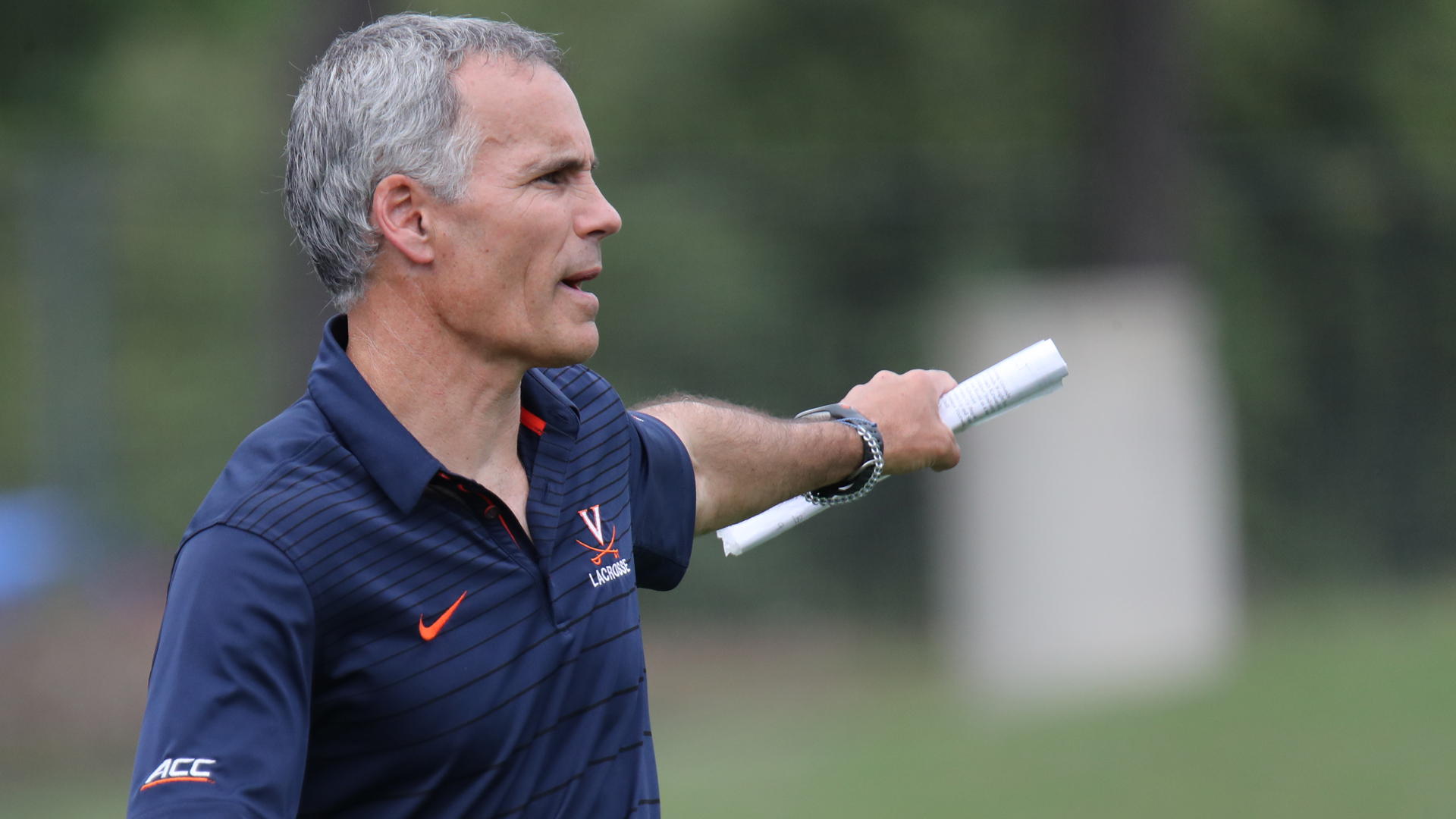 Lars Tiffany enters his fourth season as head coach of the Virginia men’s lacrosse program after leading the Cavaliers to both the ACC and NCAA titles a year ago. The Wahoos tied a program record with 17 victories in 2019, finishing 17-3 en route to winning their first NCAA title since 2011 and first ACC crown since 2010.

As UVA begins its quest for back-to-back national championships, Tiffany returns a core 12 of the 18 players on the title-game depth chart.

When asked how to prevent complacency following the title run, Tiffany said, “That’s the exact question our staff and captains Michael Kraus, Jared Conners, Dox Aitken and John Fox asked ourselves over the summer.”

“The most critical components of the 2019 team were the unity and camaraderie that were realized through our purposeful training and cultural Thursdays, which included our book discussions and collaboration of ideas and principles,” Tiffany said. “Can we maintain and actually improve upon this cohesion for this season? It’s vital!

“As for our play on the game field, Alex Rode emerged as one of the best goalies in the nation, while faceoff specialist Petey LaSalla became one of the most impactful first-years in the nation during the second half of the season,” Tiffany added. “Having them both return, along with experienced players at those same positions with Griffin Thompson and Justin Schwenk, is a luxury we do not take for granted.”

There is plenty of returning talent for an offense that finished 2019 ranked sixth in the NCAA in goals per game and points per game, and fifth in assists per game nationally.

“Much of our personnel returns in 2020, highlighted by Ian Laviano, Matt Moore, Kraus and Dox,” Tiffany noted. “At the faceoff X, despite our depth, don’t be surprised to witness first-year Gavin Tygh earn playing time.”

Having Rode back in the crease is huge, but the overall team defense has losses to overcome from a unit that ranked second in ground balls per game, ninth in forced turnovers per game and 20th in scoring defense last year.

“It took three years to build our defense to achieve what we did, but much needs to be done to replace Logan Greco, Matt Dziama, David Smith and Cory Harris,” Tiffany said. “A good crop of first-year defensive talent is helping here, but rapid development within our team schemes will be necessary.”