1ST Left-handed quarterback — third-year Brennan Armstrong — to start for the Cavaliers since Jameel Sewell started 32 career games for the Cavaliers over the 2006, 2007 and 2009 seasons. Armstrong was tabbed as the team’s starter by head coach Bronco Mendenhall on Aug. 27.

2  Virginia women’s golfers captured tournament titles over the summer. Fourth-year Beth Lillie shot a 7-under-par 209 to win the open division flight at the 2020 Donna Andrews Invitational in Lynchburg, Va., then second-year Virginia Bossi carded a 14-under 202 to capture the Castello Tolcinasco Grand Prix — one of the Italian Golf Federation’s top amateur tournaments — in her home country.

5  Cavalier football players are in the College Football Hall of Fame. The fifth member of that group — All-America safety Anthony Poindexter — will be enshrined with the 2020 class in December. UVA’s previous inductees include (class): Bill Dudley (1956), Tom Scott (1979), Joe Palumbo (1999) and Jim Dombrowski (2008). Former Cavalier head coaches inducted into the Hall include Earle “Greasy” Neale (1967), Frank Murray (1983) and George Welsh (2004). 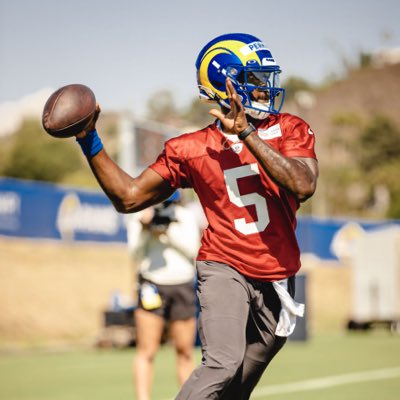 42  Years of collegiate coaching for former UVA men’s lacrosse head coach Dom Starsia, who was a unanimous selection to the Intercollegiate Men’s Lacrosse Coaches Association Hall of Fame. Starsia, who was inducted into the National Lacrosse Hall of Fame in 2008, compiled a 329-118 record to become the winningest coach in Division I history. In his 24 years with the Cavaliers, Starsia’s program amassed 13 NCAA semifinal appearances, six ACC Tournament championships and four NCAA titles.

46  Former Cavaliers have appeared in a Major League Baseball game, with the latest being pitcher Brandon Waddell. The left-hander — who is also the 23rd from head coach Brian O’Connor’s tenure, and the fifth from the 2015 national championship team (joining Adam Haseley, Joe McCarthy, Josh Sborz and Matt Thaiss), to make the big leagues — made his debut for the Pittsburgh Pirates Aug. 14. In the past two seasons, seven Virginia baseball players have made their MLB debuts, including five in 2019 — tied for the most of any college baseball program.

← Around Grounds Behind The Scenes →