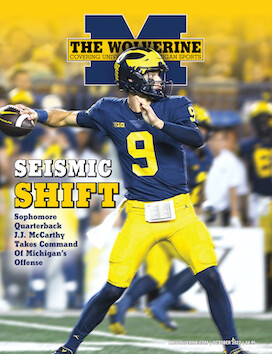 This month’s edition of The Wolverine offers an in-depth look at Michigan football’s dominant showing on both sides of the ball during the first three games of the season. Highlights include: