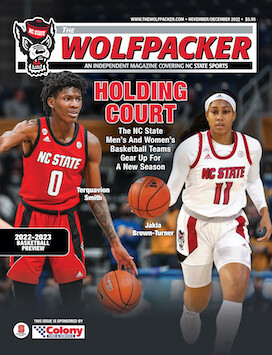 Highlighting the November/December edition of The Wolfpacker are feature stories on basketball standouts Terquavion Smith and Jakia Brown-Turner, along with overviews of the men's and women's teams, both of which are getting set to do battle against daunting ACC schedules.

Also in this issue:

Foreign delivery options available in pull-down menu.
Please call 1-919-688-0218 if you have any questions regarding foreign delivery.