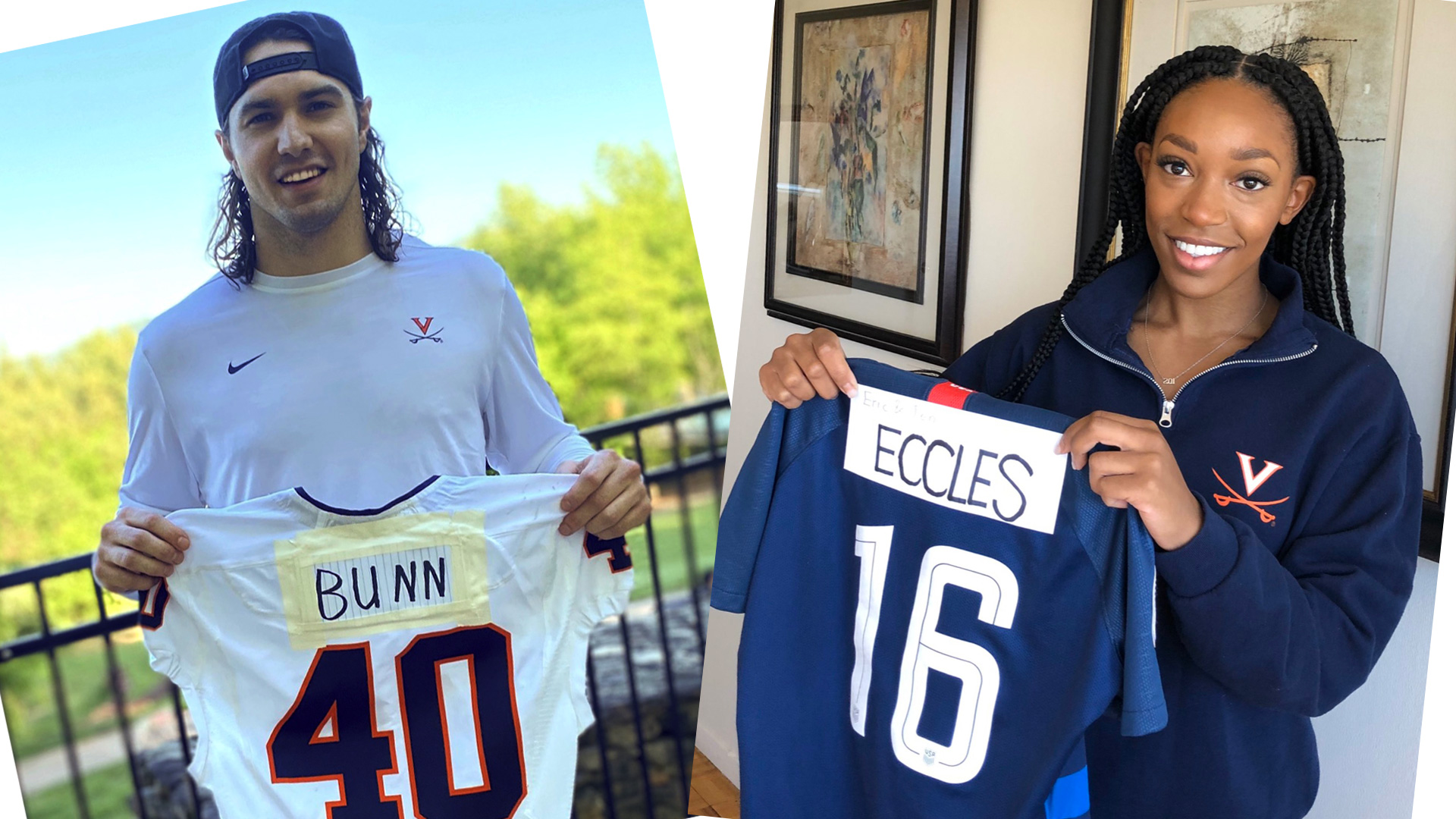 “Essential workers have been on the front lines fighting COVID-19. Our doctors, nurses and other medical personnel have sacrificed a lot and deserve recognition.”

That statement, tweeted out by UVA football fourth-year linebacker Charles Snowden, launched a social media campaign in May called #HoosYourHero. Snowden and teammates Terrell Jana and Chris Glaser were inspired by seeing the tireless and often-overlooked efforts of essential workers during the COVID-19 pandemic and devised a way to do their part in thanking them.

The crux of the initiative was that players would use their social media accounts to personally thank a frontline worker by changing the name on the back of their jersey to someone they wished to acknowledge.

“I wanted to make it personal for UVA and Charlottesville, and honor the great work that the essential workers have been doing,” Snowden explained.

He also devised the hashtag #HoosYourHero as a way of “making this a challenge, and incorporating other teams instead of just making it exclusive to football.”

Snowden was successful in that endeavor, with the hashtag quickly spreading to other sports. At least two dozen student-athletes across five sports used their accounts and their voices to thank people.

Fourth-year field hockey player Makayla Gallen chose to honor Anne Marie Banes, a friend from back home in Pennsylvania who as a third-year nursing student, “took a call to action working at Riddle Hospital on a COVID-19 Clinical Support Team.”

“Healthcare workers are risking their lives for us,” Gill said. “I would like to do anything I can, even just a small tweet to give a shout-out of awareness.

“I have always looked up to Dr. Shim and appreciate all the things that he does, even more so in times like these.”

Several players used their posts to thank people working on the front lines in professions other than healthcare.

Rebecca Jarrett, a third-year on the women’s soccer team, honored Eric and Jen Eccles, with the former being a firefighter and the latter a nurse. Men’s basketball fourth-year Austin Katstra recognized the efforts of a frontline retail employee — “Gonza, an essential worker at Harris Teeter Hollymead” — in his submission.